We are beyond excited to be sharing this release from Donna Grant with you today! DRAGON LOST is part of her Dark Kings series and it is releasing as part of 1001 Dark Nights. It just went live today! Check out an excerpt and book trailer from the title below. Click here to grab your copy now. 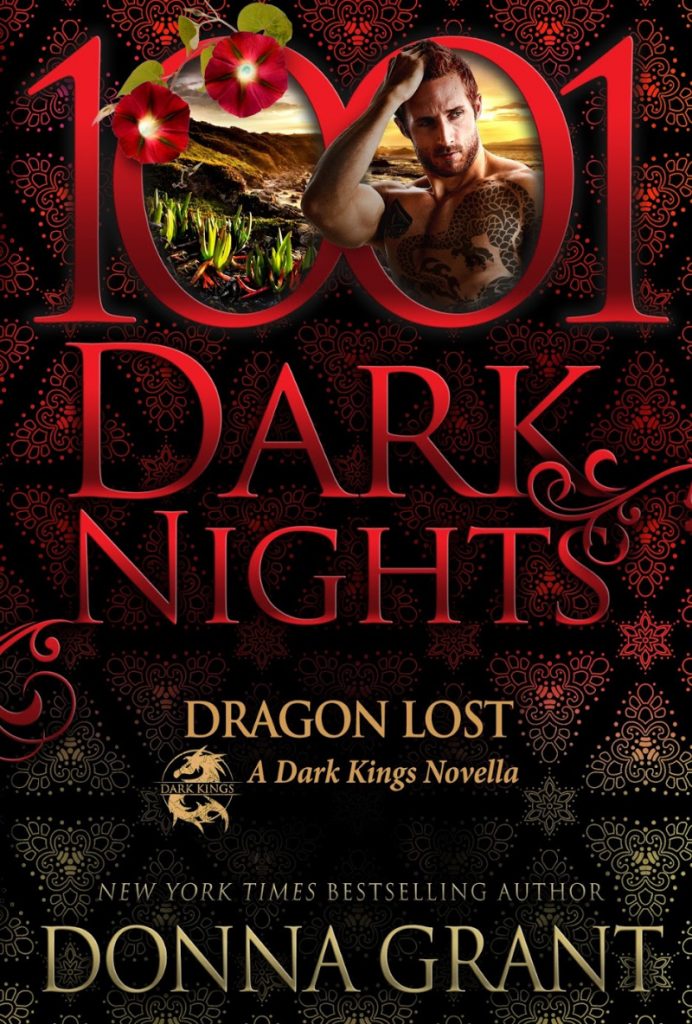 From New York Times and USA Today bestselling author Donna Grant comes a new story in her Dark Kings series… Destinies can’t be ignored. No one knows that better than Annita. For as long as she can remember, it's been foretold she would find a dragon. A real-life dragon. She’s beginning to think it was all some kind of mistake until she’s swimming in one of the many caves around the island and discovers none other than a dragon. There is no fear as she approaches, utterly transfixed at the sight of the creature. Then he shifts into the shape of a thoroughly gorgeous man who spears her with bright blue eyes. In that instant, she knows her destiny has arrived. And the dragon holds the key to everything. All Royden wanted was to find an item his brother buried when they were children. It was supposed to be a quick and simple trip, but he should’ve known nothing would be easy with enemies like the Dragon Kings have. Royden has no choice but to trust the beguiling woman who tempts him like no other. And in doing so, they unleash a love so strong, so pure that nothing can hold it back. **Every 1001 Dark Nights novella is a standalone story. For new readers, it’s an introduction to an author’s world. And for fans, it’s a bonus book in the author’s series. We hope you'll enjoy each one as much as we do.** 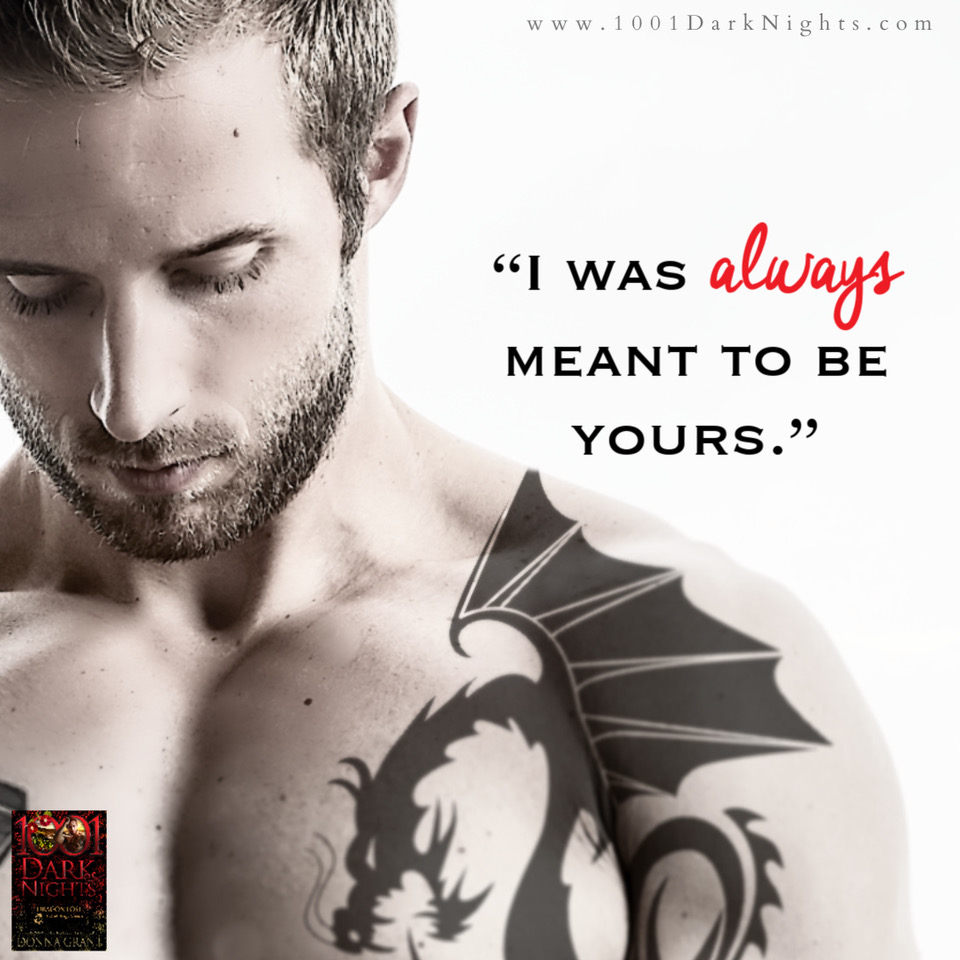 The warm water slid over Annita’s body as she dove into the crystal blue sea. It was a ritual she did every day without fail. The waters had called to her for as long as she could remember. Her parents hadn’t been able to keep her out of the sea.

There were as many theories surrounding the waters around Crete as there were myths and legends about the ancient gods and goddesses. In fact, it was said that Zeus had been born in one of the caves on Crete. Annita didn’t care about that, but she couldn’t deny that without her daily swim, she didn’t feel right.

Her strokes were strong as she glided through the water. Thankfully, she didn’t have to fight the tourists for the beach since it was her family’s land. Holdings that had been handed down for generations—and would pass to Annita’s sister, Louiza, eventually. Annita wasn’t upset about that. She had grown up in the house overlooking the Sea of Crete and its sparkling blue waters. Life had been idyllic, if not a little…odd.

In general, Greeks were a superstitious lot. How could they not be with all the tales of gods, goddesses, monsters, and heroes? Then there was the Seer in the family. Annita’s great-aunt, Chara, had pointed to her and said, “She’s the one.”

For the longest time, Annita hadn’t a clue as to what Chara had been talking about, and she hadn’t asked her parents either. Until, one day when she was thirteen, she’d overheard their conversation and learned that she had a destiny of great importance—with a dragon.

“The central romance, fueled by a hostage drama, plays out in glorious detail against a backdrop of multiple ongoing issues in the “Dark Kings” books. This seemingly penultimate installment creates a nice segue to a climactic end.” ~Library Journal – for BLAZE

“…intense romance amid the growing war between the Dragons and the Dark Fae is scorching hot.” ~Booklist for BLAZE

“This rousing tale of adventure, thousand-year-old secrets, lust and love is vivid and intense. This is another excellent installment in this fan-favorite series.” ~BookPage for FIRESTORM

“…will leave fans eager for the next volume in the series.” ~Publisher’s Weekly for FIRE RISING 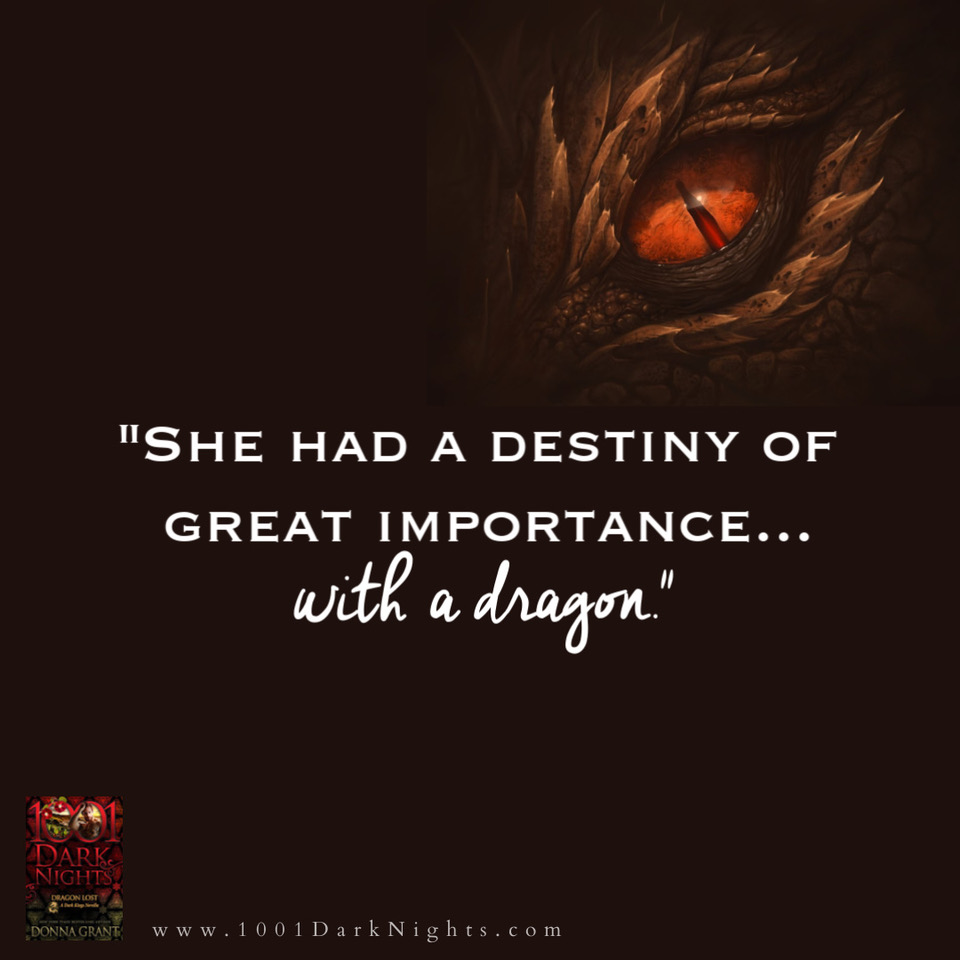 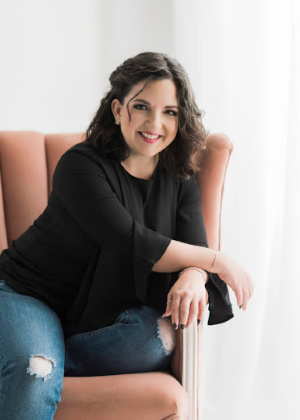 Donna Grant is the New York Times and USA Today bestselling author of the sizzling Dark King series featuring dragons, immortal Highlanders, and the Fae. She was born and raised in Texas but loves to travel. Her adventures have taken her throughout the United States as well as to Jamaica, Mexico, and Scotland. Growing up on the Texas/Louisiana border, Donna’s Cajun side of the family taught her the “spicy” side of life while her Texas roots gave her two-steppin’ and bareback riding. Despite deadlines and voracious reading, Donna still manages to keep up with her two children, four cats, and one long haired Chihuahua.

Posted by Carrie Williams at 9:00 AM